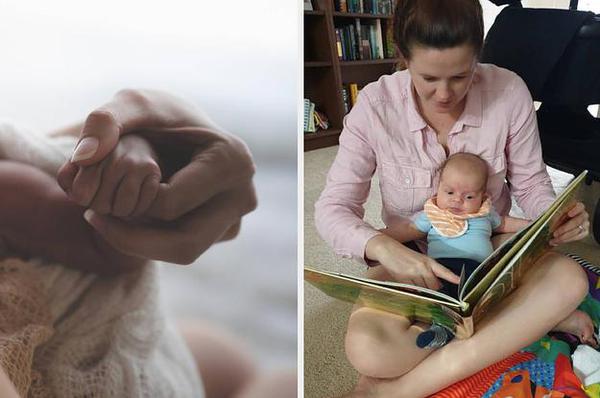 There has been a 20% surge in callers to national Australian support group Perinatal Anxiety and Depression Australia (PANDA) as families grapple with social isolation in the new coronavirus pandemic. The helpline, which is now sourcing retired volunteers to meet current demand, is a “live thermometer” for how parents across Australia are coping, according to its chief executive Julie Borninkhof. "We have seen a significant increase in the number of new and expecting mums and dads across Aus 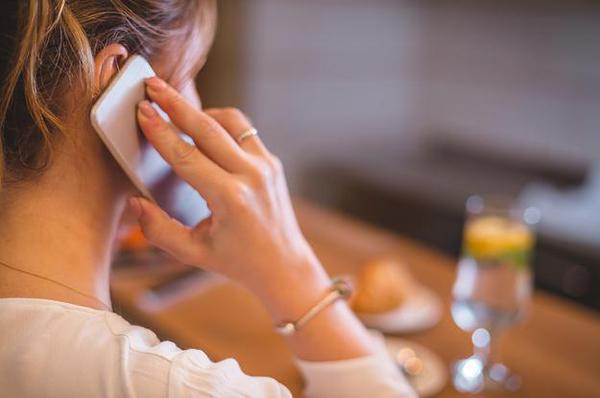 Violent Perpetrators Are Using The Coronavirus As An Excuse For Domestic Abuse, Frontline Workers Say

There has been an uptick in women accessing family violence services since the coronavirus outbreak began, and perpetrators are using the pandemic as an “excuse” for violent and coercive behaviour, according to frontline workers in the Australian sector. 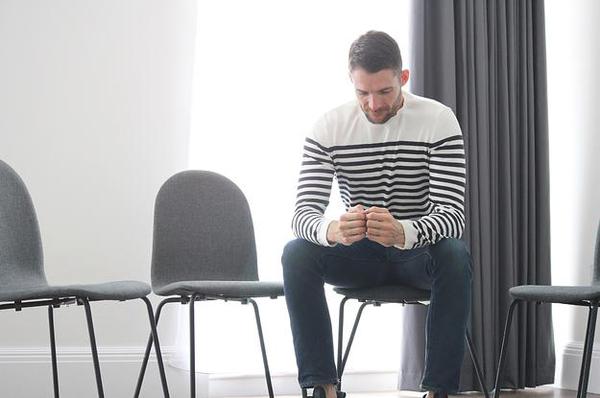 The Coronavirus Has Pushed Alcoholics Anonymous Meetings Online, And Regulars Are Worried About Newcomers

"I would not want to be in early recovery right now," Matthew told BuzzFeed News. The three Alcoholics Anonymous (AA) meetings he chairs each week in Sydney's inner west have all moved online as Australians stop social gatherings to slow the spread of the new coronavirus. "When people are in early recovery the only thing they can do when they get home is to go straight to a meeting. I was pretty much at a meeting every day for the first few months," Matthew — a pseudonym to protect his privacy 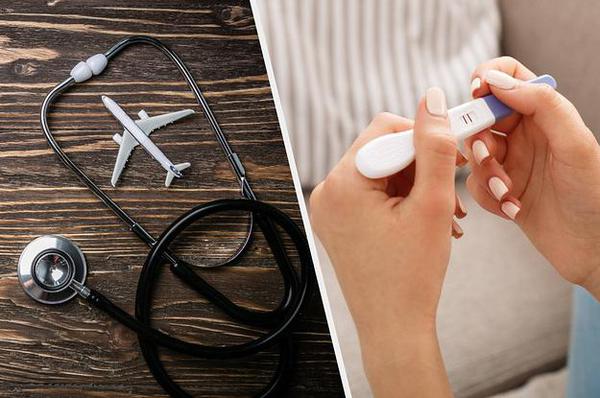 Up to 80 women on surgical abortion lists around Australia could be left in limbo as doctors fight to be exempt from the new coronavirus travel restrictions to provide vital sexual and reproductive healthcare. Australia's largest abortion provider Marie Stopes Australia (MSA) is desperately seeking clarity from various state health departments as to whether eight of its surgeons who need to travel interstate in the next fortnight to provide abortions will be exempt from travel restrictions. 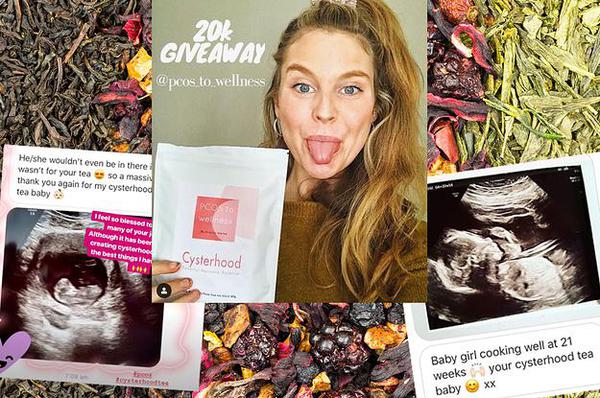 Sydney model agency owner Brigitte Warne’s health rapidly deteriorated after she came off the oral contraceptive pill to start a family. She developed cystic acne, her hair began falling out, and “vicious cycles of severe anxiety” made her withdraw from her friends and family. Doctors gave her antibiotics for her skin, but it took crying and pleading until the fourth doctor she asked agreed to run tests. “We did a full hormone test and my testosterone levels were actually off the scale,” she sai 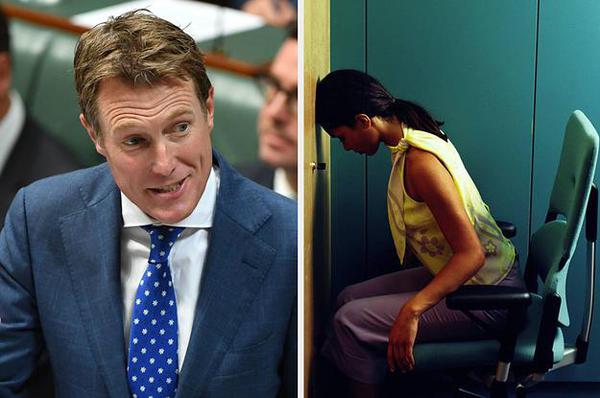 Would It Be Easier To Say Awful Stuff About Women In The Workplace Under The Government's New Bill? Lawyers Say Yes.

You’re a woman in the workplace and a colleague says that women should be obedient or subservient to their husbands, that single mothers are sinners, or that abortion is murder. You try to make a complaint to your state or territory anti-discrimination tribunal, or to the Human Rights Commission under the Sex Discrimination Act. 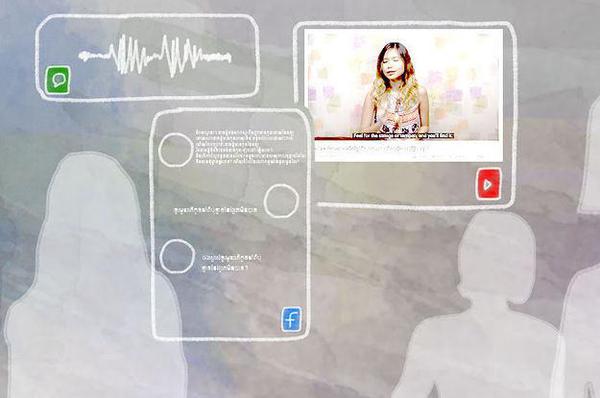 J, who lives in Cambodia’s southern province of Takeo, wasn’t sure who to turn to for advice on her unplanned pregnancy. She couldn’t afford to have another child, and knew she wanted an abortion. “I felt afraid to discuss it with my family but I told my sister,” she told BuzzFeed News through an interpreter. “My husband supported my decision because our baby is one year and five months old, so we spend a lot of money already.” 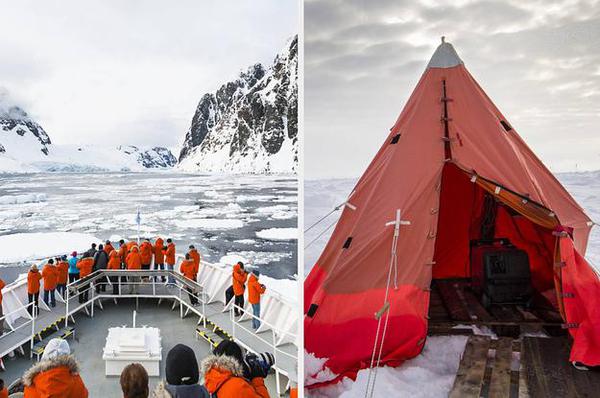 The #MeToo Movement Has Reached One Of The World's Most Remote Workplaces: Antarctica

Women scientists face enough barriers to conducting polar research in Antartica, says professor Meredith Nash — the clothing is ill-fitting and managing menstruation discreetly is near impossible. "It is a place set up for white men," Nash told BuzzFeed News. But it is also a uniquely isolated and intimate workplace to navigate sexual harassment. "There are a lot of really difficult power dynamics because if you're out in the field for say six weeks, you can't leave and it is really hard to 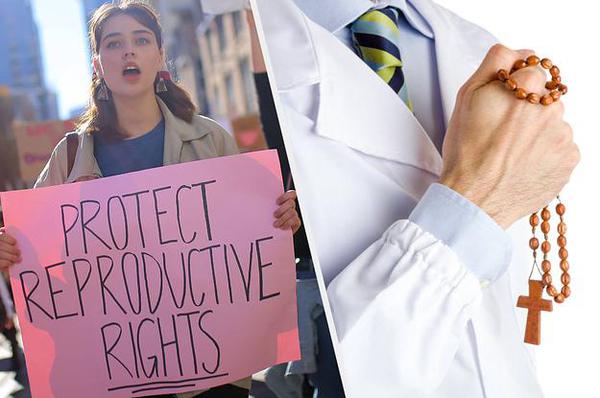 Australian Doctors Can Already Turn Away Women Seeking Contraception Or An Abortion. What Will The Religious Discrimination Bill Do?

Doctors in Australia can already object on religious grounds to providing contraception and abortion. In fact, several doctors have signs in their offices outlining that they will not see patients about contraception, abortion, sterilisation or in-vitro fertilisation. Religious hospitals, too, can turn away patients with these needs. But that hasn’t stopped the government moving forward with its religious discrimination bill. 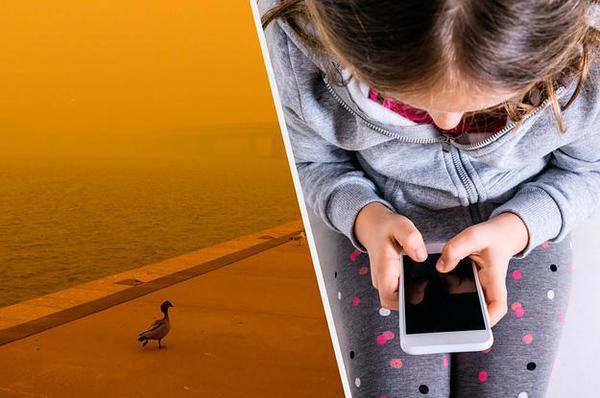 Freya Bundey, her partner and their six-month-old twins have spent the summer holidays dodging fire and smoke. “Life is challenging with twins and this summer made it really hard,” the 30-year-old told BuzzFeed News. “It was really difficult not being able to leave the house and being cooped up, and that is really hard for small babies that are just starting to explore the world.” Bundey spent the end of December helping her mother pack up her childhood home in Kangaroo Valley in the Shoalhave 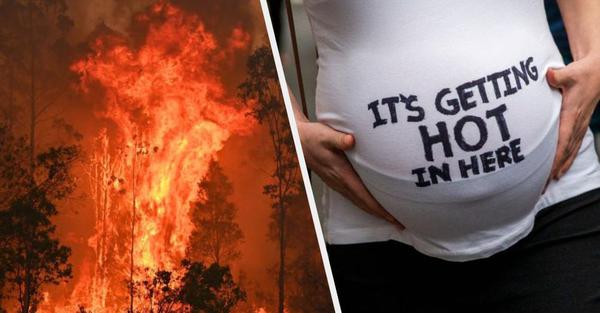 Kai Hodgkin is a midwife in Canberra, where the air has become some of the most polluted in the world during Australia’s ongoing catastrophic bushfire season. Staff at the hospital where she works have this week been wearing face masks indoors, to protect themselves against the smoke creeping into the wards and even into birthing suites. “We were giving masks to everyone who has left us and sending these brand new parents and babies out into the smoke,” Hodgkin told BuzzFeed News. 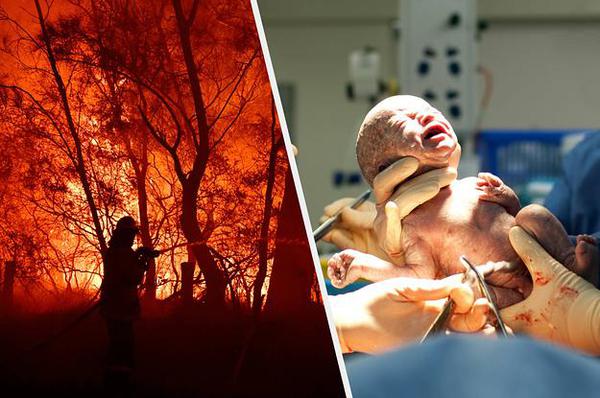 Babies Are Being Born In Smoky Delivery Rooms As Australia Burns

A couple of hours into the new decade, while many people were stumbling home to bed after celebrating New Year's Eve, Dr Steve Robson was driving through a "smoky hell" to a Canberra hospital to deliver a baby. "I had the little spotlight that you use to look at things and it went through the smoke and we all realised that in this birth suite, this baby was born into bushfire smoke," the obstetrician told BuzzFeed News. 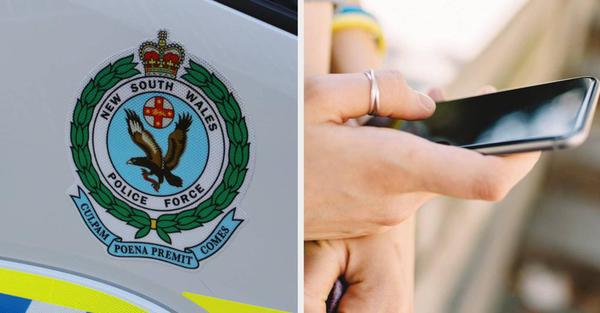 This Sexual Assault Survivor Decided Not To Press Charges. Then Police Took Away Her Other Option.

Marie — a pseudonym to protect her privacy — is a cautious online dater. “I usually go through a long vetting process of talking with them online first,” the 32-year-old told BuzzFeed News. “I like to think I’m really careful with people and I don’t do one-night stands.” Marie lives in a sharehouse of single women who always share a man’s details, sometimes even licence plate numbers, with each other before going on dates. But safety measures were of no use to her when she was allegedly sexual 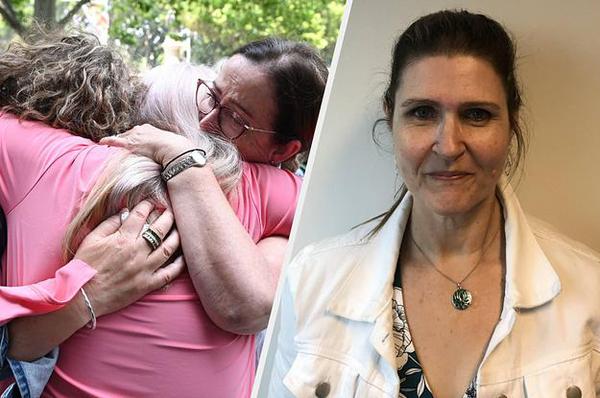 Women Across The World Are Suing Over Faulty Pelvic Mesh Implants. But Those In New Zealand Can’t. 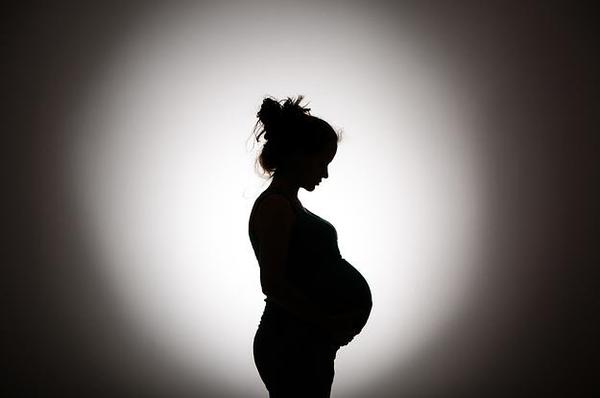 Pregnancy Is A Risk Factor For Violence. Midwives Have Known This For Years.

Hannah Dahlen will never forget when she was a student midwife and a woman came to the hospital, the imprint of a studded football boot on her pregnant belly. “We got him out of the room and we said [to her] ‘we need to report what he did to you and you need to find safety for yourself and we can help you with that, and think about the child coming into this’,” Dahlen, now a professor of midwifery and director of higher degree studies at Western Sydney University, told BuzzFeed News. 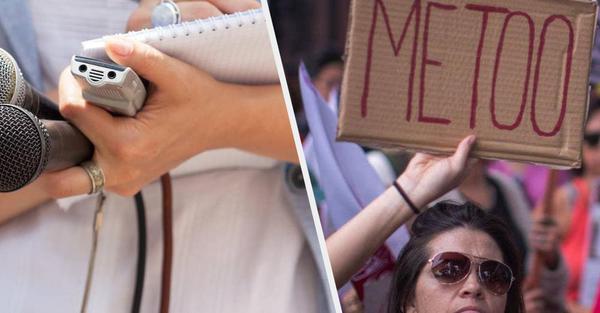 A Journalist, Editor, Survivor, Lawyer, And Academic Weigh In On What's Holding Back #MeToo In Australia

In the United States, allegations against Harvey Weinstein propelled a flood of investigations and the downfall of more than 200 public figures, but there has been a relative dearth of #MeToo stories published in Australia — even accounting for differences in population — where an astonishing 85% of women have experienced sexual harassment. Most high profile #MeToo stories in Australia, excluding allegations made about celebrity gardener Don Burke, have been overshadowed by legal proceedings. 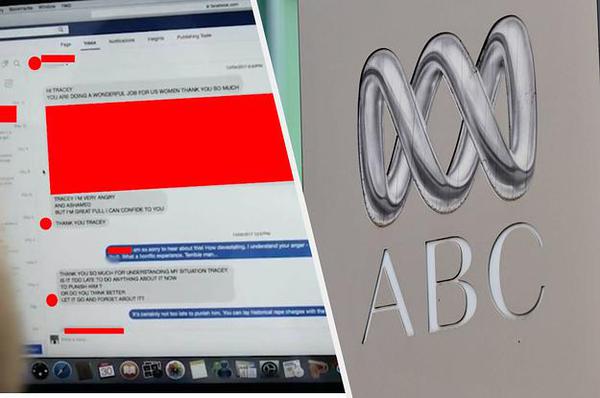 Australia’s public broadcaster has been forced to apologise after it distributed to journalists a documentary about the #MeToo movement that identified survivors of rape and assault without their consent. The names, images and harrowing stories of two women were clearly visible in a preview copy of Silent No More, a three-part documentary series produced for the ABC by Southern Pictures, and presented by journalist and author Tracey Spicer. 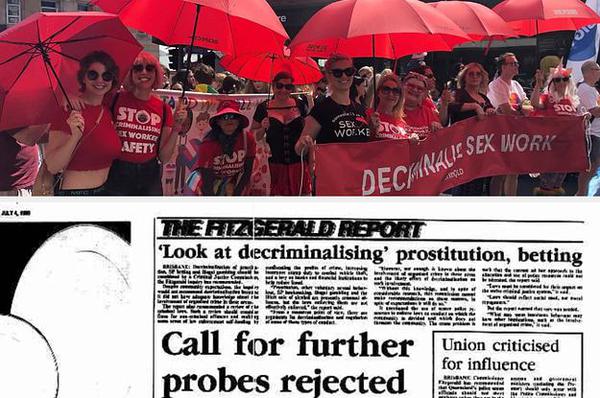 Sex Workers Say Their "Safety Strategies" Are Criminalised, And It's Putting Them In Danger

Three decades after Queensland’s Fitzgerald Inquiry into police corruption suggested sex work be decriminalised in the state, sex workers are still being arrested and fined. 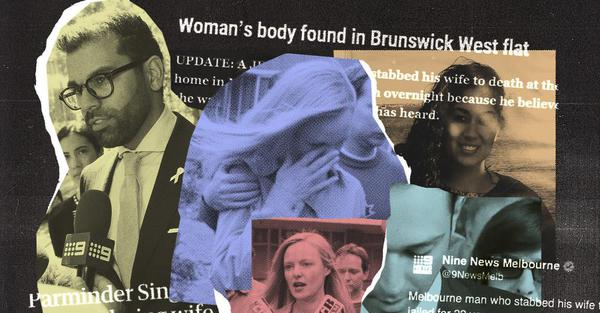 Their Loved Ones Were Murdered By Men. Careless Journalists Compounded Their Grief.

Nikita’s partner stabbed her 35 times, an ambush as she slept, before calling the police to turn himself in in the early hours of Jan. 9, 2015. Tarang Chawla remembers there was a breaking news story “within hours” of his sister’s death. “At that stage I didn’t even believe it, I was still in shock and it was a bit of a blur,” Chawla told BuzzFeed News. “She was killed on a Friday, and people were ringing non-stop all weekend.” He didn’t know whether to answer the phone. Was it a relative call 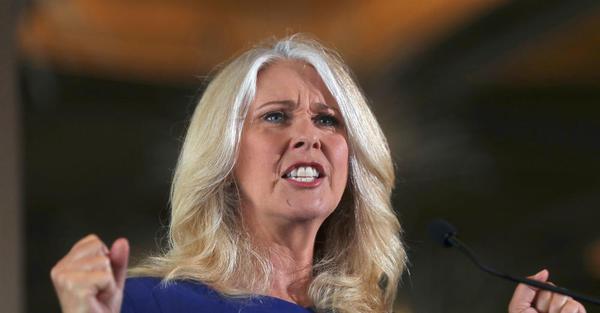 This Feminist Group Was Meant To Lead Australia's #MeToo Movement. It's Barely Delivered Anything.

NOW was the Australian version of Time’s Up, the organisation started by Hollywood celebrities in January 2018 that has raised more than $22 million for its legal defence fund, and connected thousands of men and women to lawyers. But in its first 18 months, NOW Australia has built up no such momentum. Launched hastily and with much fanfare, the organisation has failed to live up to any of its lofty promises. In an era where tweets have launched social movements, NOW offers a cautionary tale: how a well-intentioned group lacking infrastructure and experience can collapse under the weight of its own expectations. Elsewhere, #MeToo movements have turned momentum into action and legislation – but the Australian iteration has struggled to lock in its cultural gains. Glowing media coverage of NOW promised a triage service that would direct survivors to legal support, counselling and journalists. But behind the scenes tensions were running high between Spicer and board members over what they could realistically achieve.
Load More Articles
Close ✕