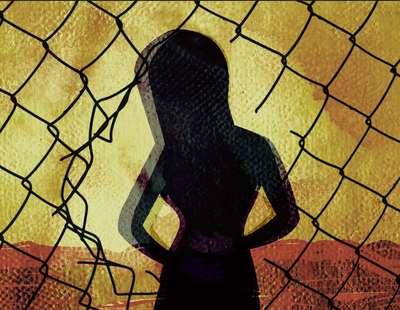 Peter Dutton’s lawyers argued a pregnant refugee on Nauru with “extreme” genital mutilation who wanted an abortion didn’t need to be brought to Australia for the procedure. The lawyers said that because the woman's vagina had been unstitched, she should instead have the operation in Taiwan, without specialist care or the aid of an interpreter. 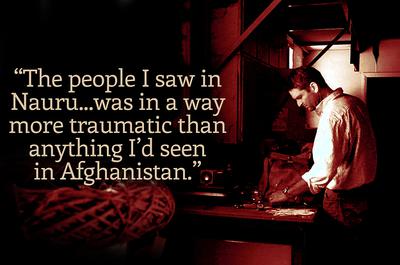 Asylum seekers with life-threatening medical conditions held in Australia’s offshore detention regime are facing treatment delays so severe that a whistleblower fears it may cost them their lives, in a growing crisis in the nation’s controversial detention system. Nick Martin is the most senior official deployed on the remote Pacific nation of Nauru ever to publicly speak out about Australia’s offshore immigration system, as part of a joint investigation between BuzzFeed News and the Australian Broadcasting Corporation (ABC). He alleges that patients with breast lumps, kidney stones and neurological damage were delayed diagnostic treatments; and that severely diabetic asylum seekers held within the detention regime are at risk of going blind. Patients who needed medical facilities that were not available on the island had to be transferred to the Papua New Guinea (PNG) capital of Port Moresby, or Australia — but often Australian officials would delay these transfers, worsening the patients' medical conditions and potentially endangering their lives. 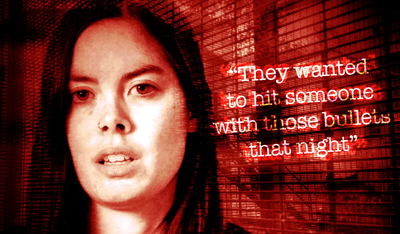 "It’s An Absolute Miracle Nobody Was Shot That Night”: Inside The Good Friday Rampage On Manus Island

The gunshots that rang out on Manus Island were like an uneven, deadly drum beat. And with each staccato burst, Sophie L'Estrange thought her friends were dying. “It sounded like the navy was killing the asylum seekers,” she told BuzzFeed News. “I was sitting there and every gunshot that went, wondering ‘am I just listening to people die?’ It was really terrifying to think also that my colleagues and friends were potentially one of those people. “The amount of bullets that I heard...it felt impossible to think that someone hadn’t been shot.” Sophie L'Estrange is the first staff member at Australia’s offshore immigration detention centre on Manus Island in Papua New Guinea to speak out publicly about what she saw during a near catastrophe in April 2017, known as the “Good Friday shooting”. 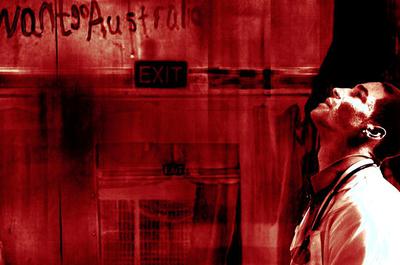 Australian immigration officials jeopardised the health care of asylum seekers in urgent need of medical attention by “routinely” ignoring advice from the department’s former chief medical officer, a senior medic has alleged. Nick Martin was the senior physician on the Pacific Island nation of Nauru until August 2017, and was employed by the Australian contractor International Health and Medical Services (IHMS). In a joint BuzzFeed News and Australian Broadcasting Corporation investigation, he has revealed serious shortcomings in Australia’s healthcare for asylum seekers and refugees in detention. The investigation has revealed that patients with breast lumps, kidney stones, severe diabetes and neurological damage were delayed diagnostic treatments. 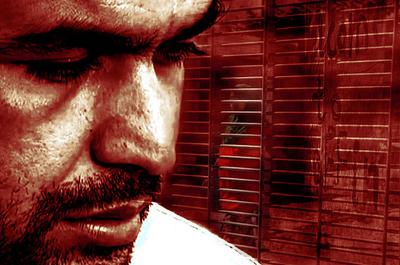 The hundreds of men, women and children detained by the Australian government on the tiny Pacific island of Nauru are waiting. They wait for refugee status; for the outcome of their bid to be settled in the United States; and for news on their family reunions. But they are also waiting to get better. 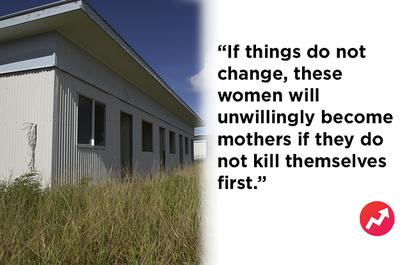 In a leaked letter obtained by BuzzFeed News, the "extremely concerned" detention centre worker claims pregnant asylum seekers and refugees who wanted abortions were not being transferred to the Australian mainland for treatment. Previously asylum seekers and refugees who were pregnant had been transferred to the Australian mainland due to the low quality of medical services on Nauru. 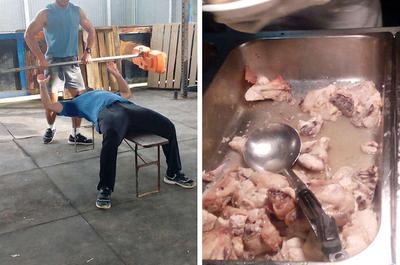 On June 23 detention centre staff and local police closed down the on-site gym and removed the equipment, refugees have told BuzzFeed News. "[The gym] was so important for our mental health," a refugee from Afghanistan, who asked not to be identified, told BuzzFeed News. 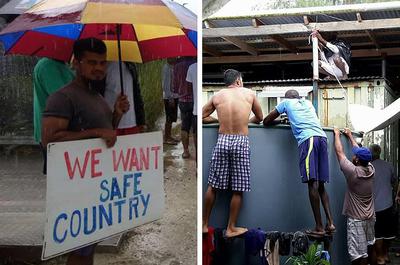 The centre is due to shut down tomorrow, despite PNG's immigration minister, Petrus Thomas, claiming the country had no obligation to deal with asylum seekers found not to be refugees. The PNG government also prevented 31 employees of Paladin Solutions — contracted to operate facilities where refugees and asylum seekers will stay once the existing centre shuts — from entering the country last week. 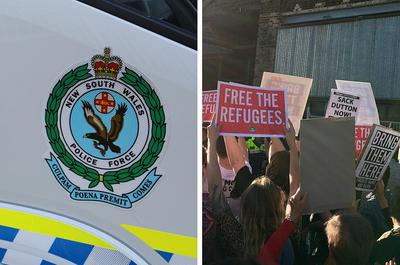 Susan Price and Rachel Evans were among the 200-strong crowd gathered at Sydney Technology Park, Eveleigh, for a protest organised by the Refugee Action Coalition over the treatment of refugees on Manus Island. 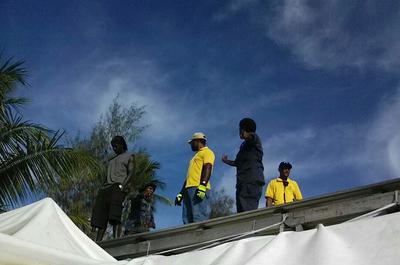 Police have entered the closed Manus Island immigration detention centre and have demanded the remaining asylum seekers in the centre move out. 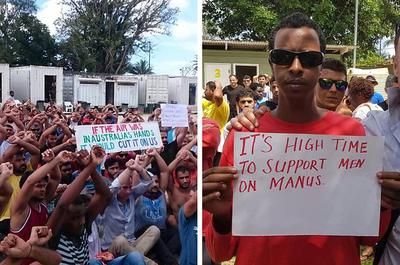 More than 600 detainees are refusing to leave the centre, as they fear for their safety in the main town of Lorengau, where they will be forced to move. The men are awaiting resettlement elsewhere in PNG or in a third country. On Sunday the men were given a two-day supply of food packs, but most of the contents were quickly consumed, refugees told BuzzFeed News. Some men are staying hydrated by drinking long-life milk. 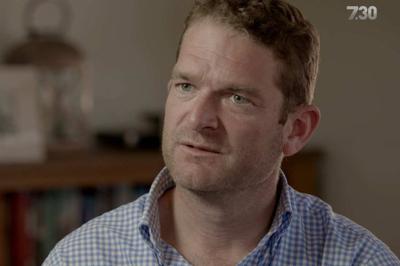 Dr Martin is the most senior official deployed on Nauru to speak publicly about Australia's offshore detention regime. His allegations are backed by an extensive cache of leaked documents obtained as part of a joint investigation between 7.30 and BuzzFeed News. They show that Dr Martin is not alone, with his concerns widely shared by other medical practitioners on Nauru contracted by the Australian Government. 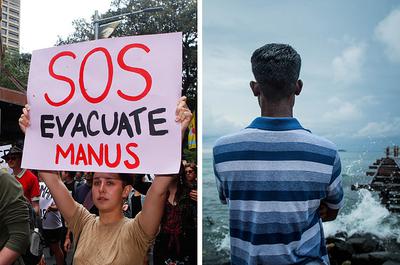 Human Rights Of Those Detained By Australia On Manus Have Been Breached, PNG Court Rules

The court found in April last year that asylum seekers were illegally detained on Manus Island but it has now dismissed an attempt by the PNG government to stop the detainees making compensation claims for that. 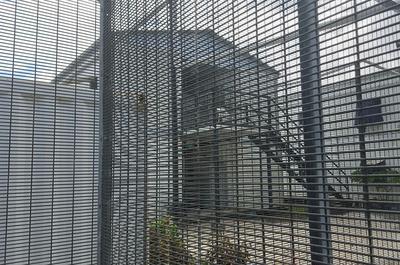 A Refugee Has Died On Manus Island

"Further enquiries should be referred to PNG authorities," the spokesperson said. A Department of Home Affairs spokesperson said the department was "aware of the death on Manus Island". The Rohingya refugee who died in Manus today had a long history of Epilepsy. 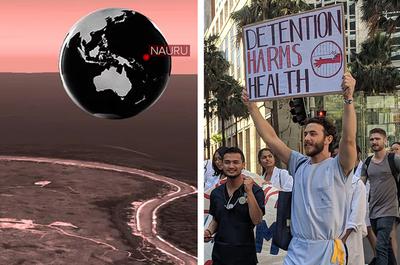 The 63-year-old, a member of Afghanistan's persecuted Hazara minority, has been formally recognised as a refugee and, given he has been found to have a well-founded fear of persecution if he was returned to Afghanistan, Australia can't legally return him to his wife and children. He was flown by air ambulance from Nauru to Brisbane on Saturday afternoon, landing at 6:45pm local time, Guardian Australia has reported. The Department of Home Affairs originally offered to send the man to Taiwan 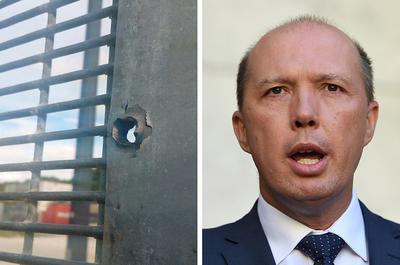 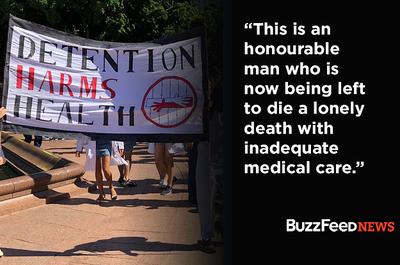 "All that money he sent back to his son who is a medical student and wants to be a doctor," Martin said. He has worked as a builder during his five years held on Nauru, where he earned $4 an hour, Dr Nick Martin, a senior doctor who worked on Nauru from November 2016 to August 2017, told BuzzFeed News. The 63-year-old, a member of Afghanistan's persecuted Hazara minority, has been formally recognised as a refugee and given he has been found to have a well-founded fear of persecution if he was 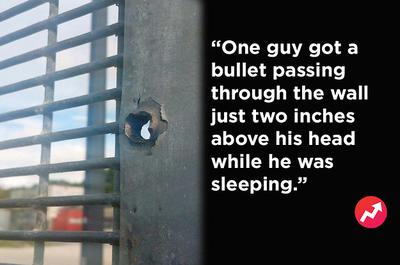 Refugees imprisoned at Australia's offshore detention centre on Manus Island have been told "nothing" by authorities after members of Papua New Guinea's Defence Force fired "more than a hundred" bullets around their accommodation on Good Friday. "We have been told nothing by the officials, as usual," Iranian refugee Amir Taghinia told BuzzFeed News. "The authorities do not even bother to tell us that it's under control or 'you are safe' or 'you aren't safe!'" 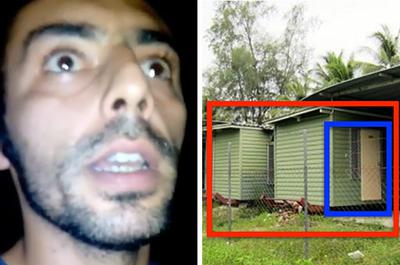 Amnesty International says the media, taken on April 14, confirms bullets were fired directly at the immigration centre, thus refuting reports by Australian immigration officials and Papua New Guinea police that soldiers only fired bullets into the air. In the aftermath of the incident a month ago the Department of Immigration and Border Protection said there were reports a weapon had been discharged into the air during the incident. 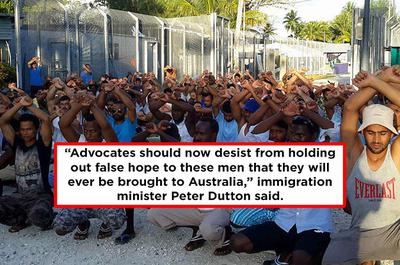