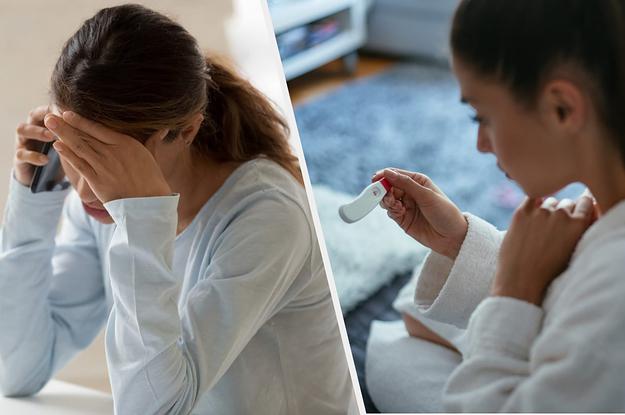 ‘‘He Stomped On My Stomach”: This Is What It’s Like When Violence And Coercion Are Involved In An Abortion

“It was an awful relationship and I can’t imagine having a child and being tied to him for the rest of my life.” 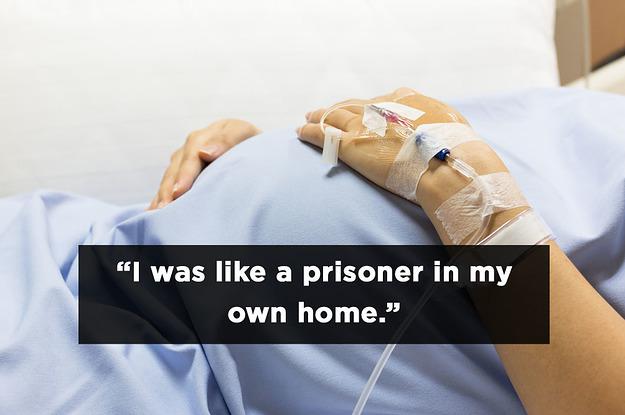 This Woman Suffered Reproductive Coercion. Now Her Ex-Partner Is Going To Jail

Mother of three Isabelle — a pseudonym to protect her privacy — will know in a few weeks how long her ex-partner will spend in jail for raping her. “He was just a monster,” the 34-year-old told BuzzFeed News. Isabelle’s ex-partner, who BuzzFeed News has given the pseudonym Cameron, will be sentenced next month after he was convicted of one count of rape. He was found not guilty of a second count of rape. “When I met him I was vulnerable and lonely and I didn’t think anyone would want to be wit 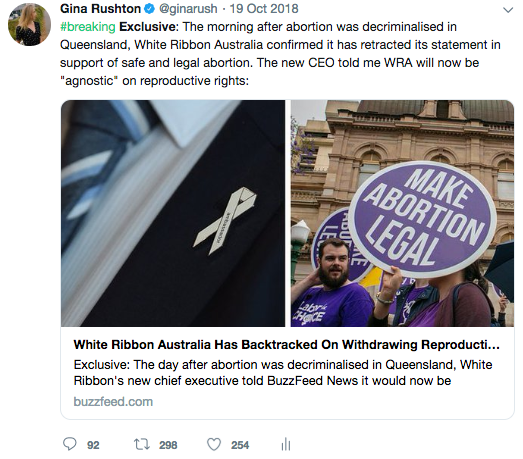 White Ribbon Australia Has Withdrawn Its Support For Reproductive Rights

BuzzFeed News broke the story that White Ribbon had withdrawn a statement that said “all women should have complete control over their reproductive and sexual health”. The retracted statement was first issued in February 2017 during a previous push to decriminalise abortion in Queensland and highlights that research indicates unplanned pregnancy is more common among women experiencing domestic violence. White Ribbon Australia did not announce the initial retraction, but BuzzFeed News understands members of the organisation contacted a number of pregnancy option counselling and sexual health providers to notify them of the shift on Thursday, the morning after politicians voted to decriminalise abortion in Queensland. The anti-domestic violence charity’s (then) new chief executive Tracy McLeod Howe told BuzzFeed News the organisation had withdrawn the statement because "we are agnostic until our stakeholders tell us it is important to most of them". The story was then covered by Fairfax, ABC, Women's Agenda, Guardian, News Corp and Ten Daily. There was a big public backlash, McLeod Howe issued a mea culpa, the organisation then reissued the statement and McLeod Howe ultimately left the organisation claiming she was "pushed out". 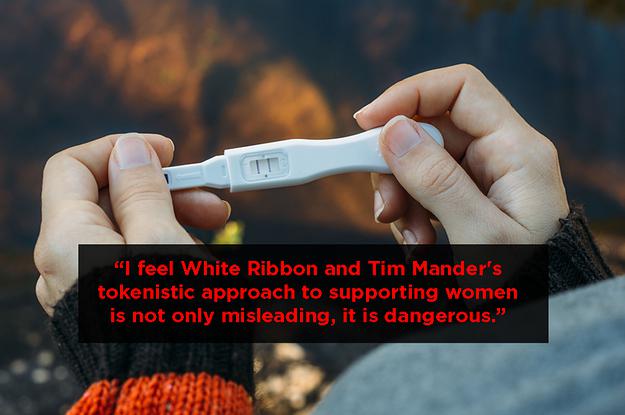 Brisbane woman Laura* knows firsthand about the increased risk of experiencing violence from an intimate partner during pregnancy. This is why she wrote to her state MP, Liberal National Party member Tim Mander, on Friday after BuzzFeed News revealed White Ribbon Australia had withdrawn its statement on reproductive rights that said “all women should have complete control over their reproductive and sexual health”. The mother-of-three cancelled her plans to join Mander on a White Ribbon Walk next month. Laura wrote that she had been a victim of domestic violence "triggered by an unplanned pregnancy" that she "wasn't ready to continue". "I was coerced into keeping the baby due to my partner's emotional abuse, controlling and harassing tactics, which later escalated into physical abuse," she said. "The entire nine months I was trapped in his control, reliant on him and subjected to emotional turmoil. "The thing is, women try to gain strength and speak up for themselves in situations like this, but it ends in the physical abuse." 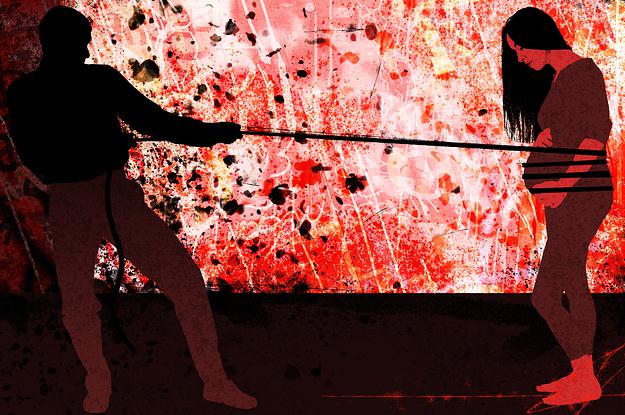 We Need To Talk About Reproductive Coercion 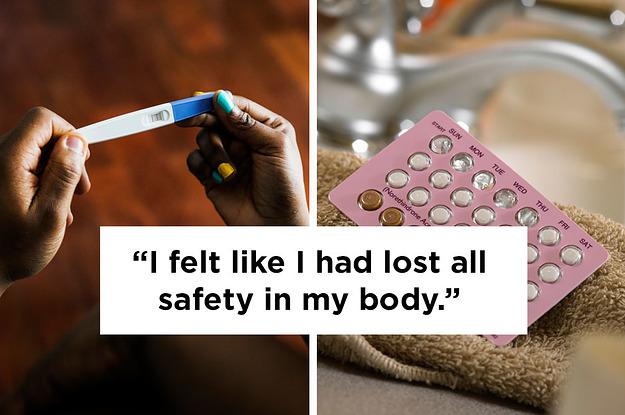 These Women Have Shared Their Stories Of Reproductive Coercion

Reproductive coercion is any behaviour that deliberately prevents a person from making decisions about their reproductive health. It includes contraceptive sabotage; pressuring another person into falling pregnant, continuing a pregnancy, or ending a pregnancy; or forcing a person into sterilisation. “His behaviour really took me by surprise and made me feel like I had no choice. I had to get pregnant.” “When I reached 30 it intensified, when I achieved a promotion at work, his demands further 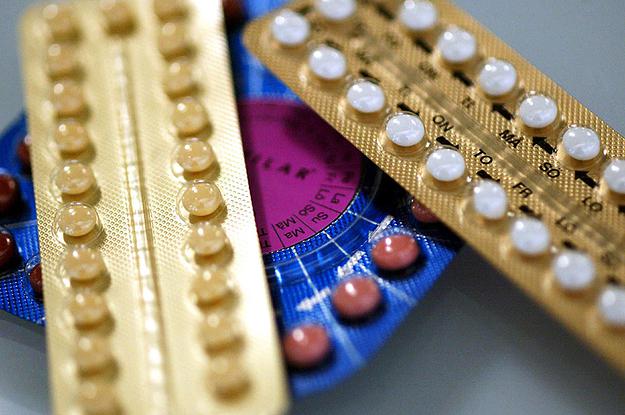 Contraception has failed pregnant mother-of-two Holly Maitland, so she wants to be sterilised by having her fallopian tubes severed and tied. "I was on the [contraceptive implant] Implanon with the first [pregnancy], the mini pill with the second and a much stronger pill and condoms were used when I conceived the third baby," the 22-year-old from Queensland, who is 27 weeks pregnant, told BuzzFeed News. "All three [children] were very much unplanned." 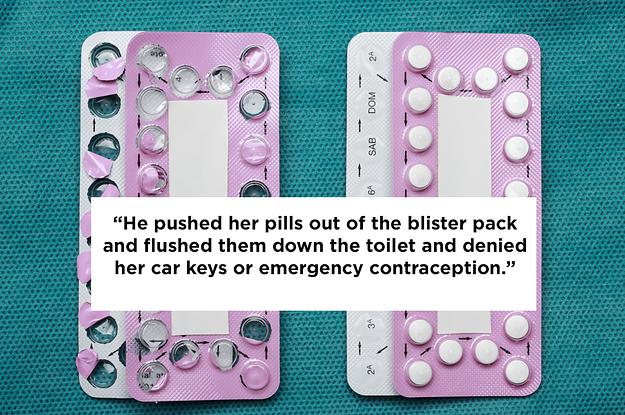 Access to contraception can be compromised for women living in abusive relationships. For example, a partner might take a condom off during sex, restrict access to emergency contraception or feel inside a woman for evidence of an intrauterine device. Liz Price, a project officer at counselling service Children by Choice in Queensland, told BuzzFeed News the organisation hears of numerous cases where women have had their contraception interfered with. "We hear so many stories from women in violent relationships whose contraception was sabotaged, but also, reproductive coercion can be the beginning of patterns of violence and control," Price said. "I dealt with a woman who very recently moved in with a man she had been dating for three months, and he pushed her pills out of the blister pack and flushed them down the toilet, and denied her car keys or emergency contraception.
Buzzfeed • 28th January 2019

Women Having Little Control Over Their Reproductive Choices Is "Very Common", Researchers Say

"The behaviours are about trying to get her pregnant one way or another, so either encouraging her to have a family, to discontinue contraception, and if that doesn't work, influencing condom use," the study's coauthor, professor Sam Rowlands of Bournemouth University, told BuzzFeed News. "This could involve 'stealthing' – actually taking a condom off during sex when this has not been the agreement or actually puncturing the condom – or it could involve confiscating her [contraceptive] pills, tearing off her [contraceptive] patch or, most violently, pulling out [an intrauterine device]. "What was surprising was that it was so very common."
Close ✕